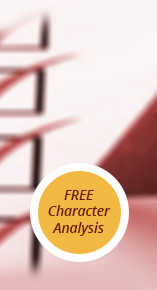 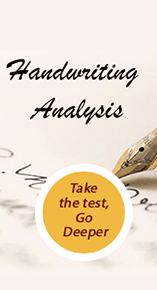 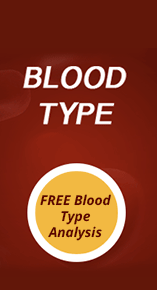 Get instant results with no personal info required… saving you time, money and stress!

With an accuracy rate of 80% our Exclusive Handwriting Analysis reveals more about you or any person of interest.

Turning on a Sagittarius – Their hips and thighs are very sensual parts of their body that enjoy being massaged with warm oils and gently touched and kissed. Women are easily stimulated by having fingers run through their hair, a little hair pulling and scalp massages.

Sagittarians are able to persuade their partner to perform sexual acts they may have never envisioned themselves performing before. Seducing a Sagittarian is quite easy because they have sex on their mind all the time, which leaves them very vulnerable and prone to sexual advances. They’re also susceptible to seduction because they do not play mind games and they will be direct and honest with you.

Male Sagittarius – Has a reputation of being afraid to commit, even though he sincerely believes every woman he meets could be “the one”. The perfect relationship for him wouldn’t really qualify as a relationship but would simply involve having female friends “with benefits.” If you get jealous easily, stay away from the male Sagittarian. Having a high sex drive and being open minded sexually is a prerequisite to having a Sagittarius partner. If not, he will definitely be looking at what’s on the other side of the fence.

He is considered to be selfish in the bedroom and is much more inclined to having “quickies” instead of a night of romance – it’s all about quantity, not quality with him. They believe in spontaneity – whenever, wherever and whoever.

Oral sex with him will have your head spinning – no one does it better.

Female Sagittarius – Can be somewhat hypocritical in that she is looking for someone she can trust 100%, yet she can’t be trusted herself. She is considered to be a very exciting women that appreciates the outdoors (finds it sexually invigorating) and is a great conversationalist. She has a reputation for being direct and quite rude with her partner and will not hold back any feelings. You have much greater odds of maintaining a long term relationship with a female Sagittarian if it begins as a friendship.

In the bedroom, she can be compared to a day at the amusement park - you can expect lots of adventures and wild rides. She loves to tease you until you’re on the verge of ejaculating. Sensing this, she abruptly stops and starts again from the start. If you don’t fulfill her sexually, she will definitely be looking elsewhere to fulfill her needs.

Popular positions of the Sagittarius lover

Ok, so you have seen what our sexology 101 report says based on your zodiac sign. Now it’s time to go to the next level!

Much more personal, sexually explicit and it’s all exclusive to YOU – the writer…not your zodiac sign!